Most languages, especially Javascript, are imperative: you tell it to do one thing, then do another thing. So whenever you have code, you can add more code below it to do more stuff.

Dark uses "implicit returns" (somewhat similar to Ruby, CoffeeScript, Haskell and Rust). The value of an expression is that last value in that expression. So in the "hello world" example, you don't write return "hello world", just "hello world" is enough.

You can see some examples are shown here: https://darklang.com/a/sample-returns

Other computation (side effects) can be done using a statement.

If you wish to use a function for side-effect (like DB::set or emit) then you can put it on the right hand side of a let.

Dark does not yet support statements without the extra let. When you hit “enter” at the end of a line that has a return value, we assume you want to make a new expression. Since that would be the last expression (and returned), we will automatically add the let _ = to the expression for you.

In Dark, pipelines make code more readable. Pipelines are similar to method chaining in OO languages, and pipes in Bash. Rather than calling functions with their parameters, you pass the previous value into the first parameter of an expression:

Traditionally, you call functions with their arguments as parameters. However, that is often confusing and can be hard to read:

Pipelines perform a series of transformations on a value in order. Here, we start with the string "live" and pipe it to String::reverse to produce "evil". Then we pipe the result to String::toUppercase, producing the string "EVIL":

To start a pipeline, use |> at the end of the expression you are piping.

Once you are in a pipeline, hitting return at the end of the expression will continue the pipe.

If you need to pipe a specific subset of an expression, you can select it and then hit shift+enter. For example, selecting UUID::generate to pipe it into toString. 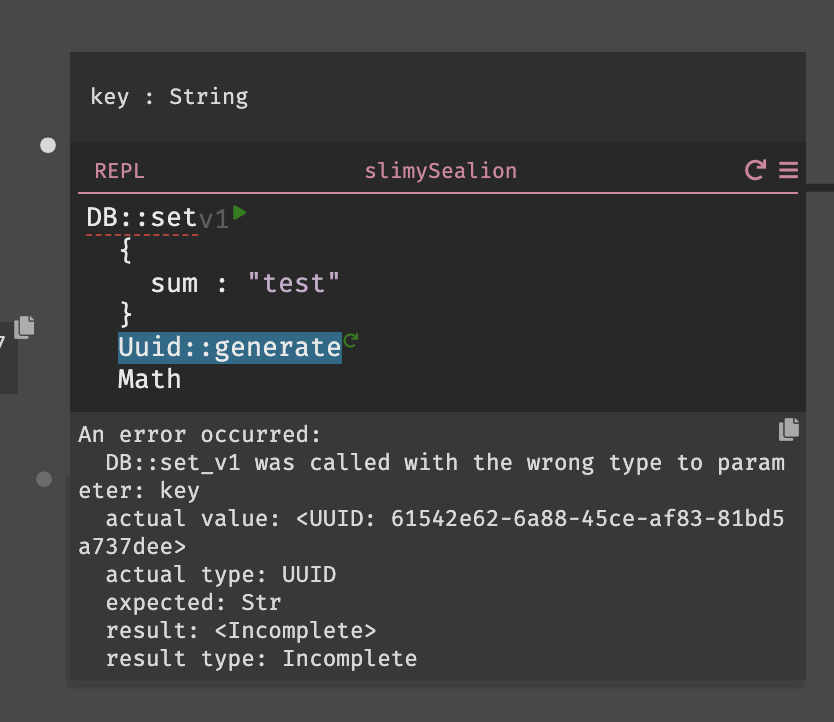 Look at the indentation to see what is being piped. A common mistake with pipelines is introducing them at an unintended "level". For example, here the piped value is the let expression as a whole, but the author intended to pipe the expression bound to the variable s:

_To view the live code provided in the examples above, visit https://darklang.com/a/sample-pipeline.

Dark does not have a for-loop, it has List::map. This allows you to do something to a collection of objects in a list.

List::map takes two parameters. In this case we are passing in a list of integers, and a block.

In this case, we multiply each value by two: 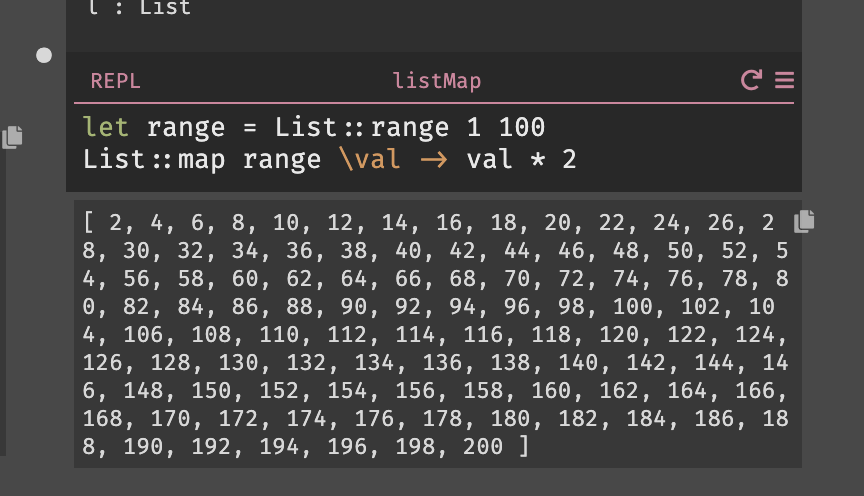 If we wanted to do something involving subsequent list items, we can use a List fold (in this case we pipe the output of our previous list into list::fold), resulting in a return value of 10,100:

List map with a side effect, appears to use the same Int::random each time:

List map with side effect, discrepancy between analysis and values stored in DB:

Blocks are anonymous functions that operate on a set of values. Expressions like List::map and DB::query take them as parameters.

To open the block type \. It auto-populates the parameters it is expecting (like value for Db::query or accum, curr for List::fold). 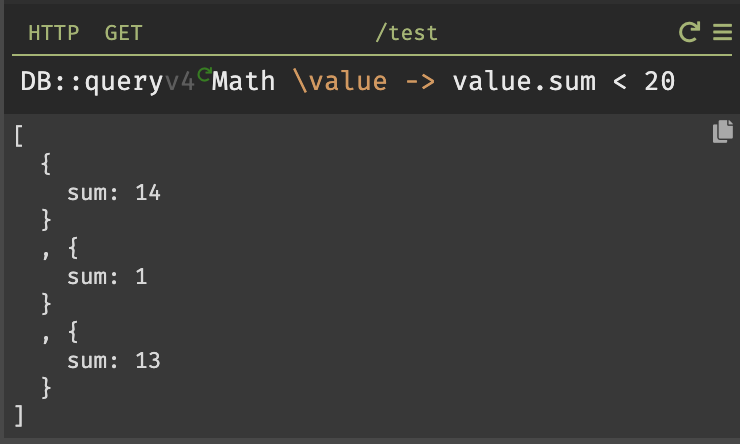 The match expression is used to destructure complex types, such as the Option type (Just and Nothing) and the Result type (Ok and Error). It can also be used similarly to switch statements in other languages.

By default, functions that return Option or Result go to the Error Rail. Once you remove the function from the Error Rail, use match for destructuring.

Here’s an example of using a match expression with a dictionary lookup. 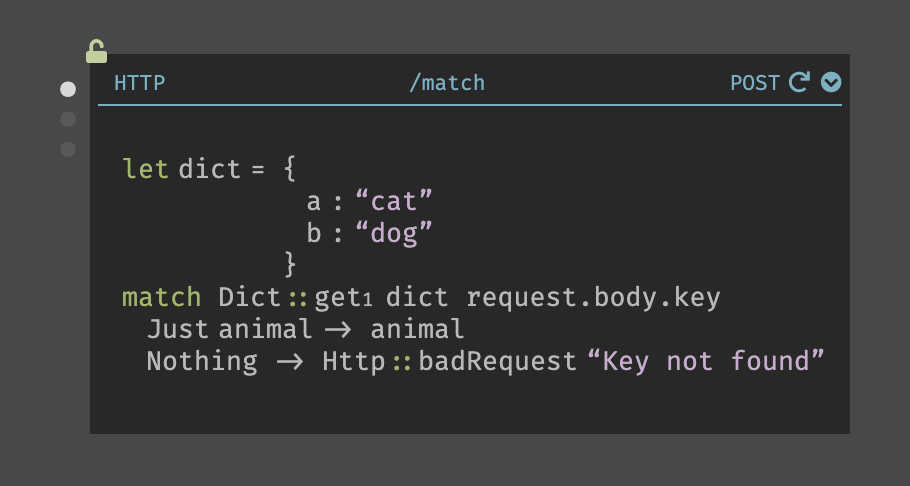